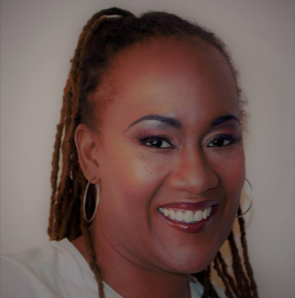 Over the years a passion for healthcare administration grew from working as a pharmaceutical technician in the late 1990s. Moving through the ranks and various positions, she has become a seasoned account executive working with healthcare systems and providers, managing a base of clients that exceeds millions of dollars in revenue yearly.

In the height of gentrification in the mid-2000s, Harris found her Shaw neighborhood being transformed and the Kelsey Gardens housing she called home being courted by developers. As a born leader and lifelong learner, she was invited to serve on the tenant association. Over a three-year period, she helped over 58 families transition from income-based housing to the federal voucher program, and in some successful cases–including herself–into a home ownership program.

Harris’ favorite mantra is when you know better, you do better, and that has served her in all her endeavors. Harris lives in Washington, D.C. with her three children and two dogs.