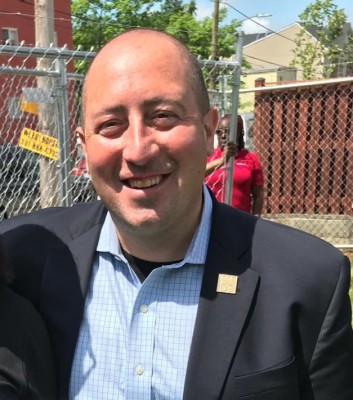 John Falcicchio serves as the Deputy Mayor for Planning and Economic Development. Falcicchio has also served as the Mayor Muriel Bowser’s Chief of Staff since the start of her administration after volunteering as a campaign advisor and director of Mayor-elect Bowser’s transition. Falcicchio previously served as a Senior Vice President of DKC, a New York-based public relations firm; as a Regional Political Director for the Democratic National Committee during the re-election of President Obama; and as a long-time aide to former Mayor Adrian Fenty.

As Deputy Mayor, Falcicchio oversees the District’s portfolio of real estate development projects that drive economic development in communities and deliver affordable housing, jobs, and amenities to residents. Those projects include the transformative developments at the St Elizabeth’s East Campus, the Parks at Walter Reed, and Hill East as well as dozens of other projects across all eight wards. Deputy Mayor Falcicchio has served as the Ex-Officio member of the DCHA Board since July 2019.